When we talk about Operating System, we found it is a program which acts as a controller and helps to control hardware for a user.

It is available in all IoT device, or we can say it is an integral part of all connected devices which has capabilities to run applications.

Before getting into deep dive, we can get some generic definition for Operating System from a reliable source.

The operating system (OS) is the most important program that runs on a computer. Every general-purpose computer must have an operating system to run other programs and applications. Computer operating systems perform basic tasks, such as recognizing input from the keyboard, sending output to the display screen, keeping track of files and directories on the storage drives, and controlling peripheral devices, such as printers.

For large systems, the operating system has even greater responsibilities and powers. It is like a traffic cop – it makes sure that different programs and users running at the same time do not interface with each other. The operating system is also responsible for security, ensuring that unauthorized users do not access the system.
Source – webopedia

So, now we get to know the operating system is everything for a dumb box (hardware or computer system).

We use the operating system so a machine and human can understand each other in respect to request and response for anything.

There are multiple types of Operating System; some of the important is here.

The entire Operating System can have divided into two parts, Single-Tasking and Multi-Tasking operating system.

The entire Operating System can have divided into two parts, Single-User and Multi-User operating system.

A Distributed Operating System is work with the collection of independent physically separate CPUs, RAM, networking, and system devices. They handle programs which are running on multiple CPUs. It can operate by various users and acts as a single system for everyone

Embedded Operating System is developed to use in Embedded devices.

This operating system comes with multiple capabilities like, run on limited resources, build on small devices like PDAs etc.

Are you looking for the best Linux distro to learn penetration testing? Do you want to start your learning on hacking with a perfect toolbox in the format of Linux box, you come to the right place. Here I have listed 10+ Linux distro, which can help you to learn... 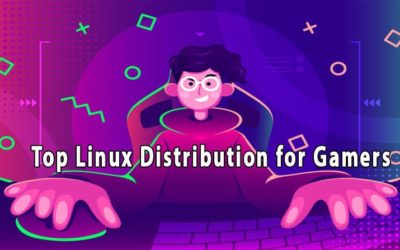 Long back gaming on Linux was next to impossible, but in recent years it quite stable. Nowadays, there are hundreds of Linux distro, made with different ideas and purpose supports to gaming. There are some of the best option available in Linux distro for gamers. Here,... 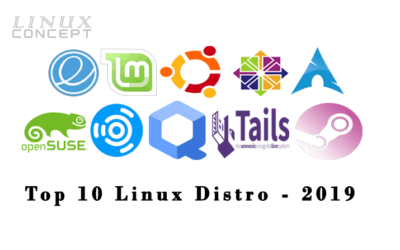 There are multiple Linux distributions for Desktop users, servers, gamers, and security professionals. If you are confused with numerous options of distros you could choose from, we got you covered. We compiled a list with all Linux distros for you to choose best for...