We were waiting for Linux 5.0 from beginning of this year 2019, when Linus announced for releasing in march 2019.

Linus Torvalds explains that: “The numbering change is not indicative of anything special. If you want to have an official reason, it’s that I ran out of fingers and toes to count on, so 4.21 became 5.0”.

Not to warry, we will get numbers of thing with this release which will make you fill happy. This release has multiple bug fixes, improvement in performance, increased hardware supports, software compatibility enhanced etc.

There are some major changes and features in Linux kernel 5.0:

Adiantum has capabilities to fast encrypt data for low-end devices and hardware. It is used in Android Go devices. Linux also upgrading file system technologies to support enhanced technologies and leverage the technology.

This is the out of the box feature included in Linux Kernel 5.0.

Raspberry Pi introduce 7” touchscreen display officially. It is very cheap (around £60 or so) from any computer. It supports 10 fingers touch with 800 x 480 resolution.

Linux 5.0 kernel release supports for this device, where it is fully compatible and no workaround required.

Fans of AMD Processor and Linux pleased to hear that AMD Radeon FreeSync support is available in Linux new kernel 5.0.

To use this advanced feature with your system you need an Radeon R5/R7/R9 200 or later (including Vega) and monitor with FreeSync support.

How to get Linux 5.0 Kernel

Linux kernel 5.0 release, so it is available to download, but not much useful till you get to know what to do with it.

The new version of Ubuntu 19.04 is coming with Linux kernel 5.0 and will support all included features. Most of the Ubuntu lovers are waiting for fully Linux 5.0 featured of Ubuntu and it will available soon on release of Ubuntu 19.04. We expecting in April-2019 for fully featured Ubuntu 19.04.

If you don’t want to wait till Ubuntu 19.04 release, you can install Linux 5.0 in your Operating System manually, but it is not recommended.

If you are normal desktop user of Linux, don’t use manual installation Linux kernel 5.0. Operating System comes with maximum support for hardware and software, if any changes are there Operating system’s companies or owner including patches and upgradation for the tools for compatibilities.

So if anything went wrong in manual installation, revert back to the previous version is not so easy and you need expert system engineer for it. 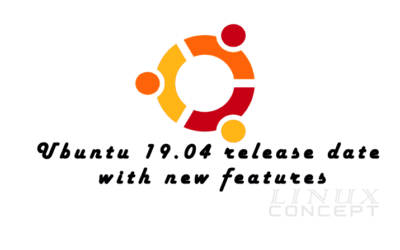 We all know Ubuntu 18.10 have been released, and the wait is only of the upcoming release of Ubuntu 19.04. Now as we all are aware that every Ubuntu gets released with codename associated with it which is of two letters associated with it. You can take the example of...