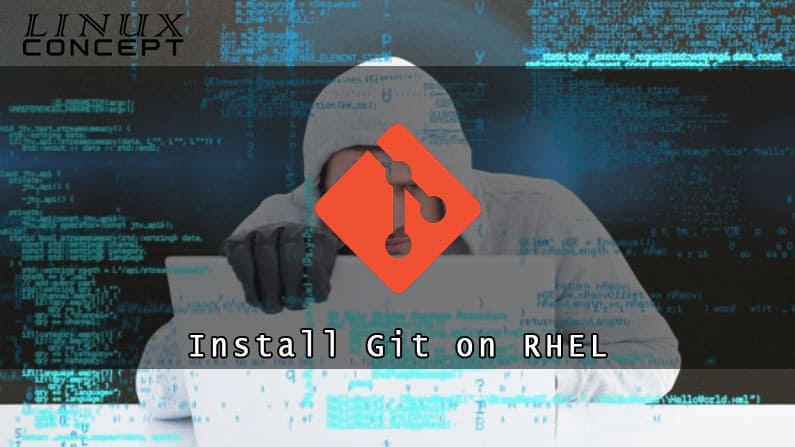 In this tutorial will learn how to install and configure Git on RHEL 7 (Red Hat Enterprise Linux).

Nowadays, Git is a very famous version control system used by most of the open-source and commercial projects. It allows us to track code changes, revert into the previous stage of a project, and work with multiple branches and easy to collaborate with your fellow developers.

Git is designed and developed by Linus Torvalds, who has created Linux kernel.

At the time of writing this article, the RHEL 7 repository has Git 1.8.3 version, which is outdated today.

If you want to install the most recent version of Git (v2.22.0) with yum package manager, you need to use Wandisco repositories.

One of another option to install the latest version of Git is to install with source, where you need to use Source file of git to build and install, but the drawback is you will not be able to maintain your Git installation through the yum package manager.

To install Git into Red Hat Linux, make sure you have a RHEL 7 running system with a user login who has sudo privileges.

To install Latest Git through yum package manager first need to enable Wandisco Git Repository. To allow wandisco to the repository, you need to create a new repository under the /etc/yum.repos.d/ directory, as we have created a new repository file with the name wandisco-git.repo with below content:

Now you can install Git into RHEL 7 by using the following command:

To verify any package on Linux, you can check the install version of that package or tools; you can verify installed Git by using the following command:

The above output is shown us we have successfully installed Git version 2.22.0 on RHEL 7 Linux system.

Step 4 – The basic configuration of Git

Now you need to configure username and email ID for Git commit process, which you can configure as shown below:

After configuring the username and email, you can verify the setting configured properly or not using the following command:

The above configuration saved into ~/.gitconfig file, which you can change manually also in future.

Now you have learned how to install Git on RHEL 7 (Red Hat Enterprise Linux) Operating System. To learn more about Git (Version Control System), you can check the Pro Git book where all details are available about Git Version Control.

If you get any problem while installing Git into your system or have any feedback, feel free leave a comment below.

How to Install Python 3 on RHEL 8 (Red Hat Enterprise...

ABOUT US
Newspaper is your news, entertainment, music fashion website. We provide you with the latest breaking news and videos straight from the entertainment industry.
Contact us: [email protected]
FOLLOW US
© Newspaper Theme by tagDiv - All rights reserved