In this tutorial, we have explained all necessary steps to create or add swap space on Ubuntu 21.04 machine.

Before beginning with this tutorial, make sure you have Ubuntu 21.04 machine and a user to login into the system with sudo privileges.

If the output of the above command is empty, it means your system doesn’t have swap space. If your system has already configured swap space you will get output like below:

Step 2 – Change Permission The swap file should only access by the root user; you can execute the below command to configure correct permission for /swapfile.

Step 4 – Activate swap space To activate swap file use the swapon command, as shown below:

Step 5 – Verify Swap space To check the swap space is active or not, you can use swapon or free command, as shown below:

Swappiness is the essential swap properties of Linux kernel, which is defined when a system will use swap space. Swappiness can have the value between 0 to 100, which is represent the percentage of RAM utilization, for example, if you set the value 20 for swappiness, it means the Linux kernel will use swap space when RAM is only 20 % available. So, we can say the lower value of swappiness is to try to avoid the use of swap space.

To change the value of swappiness permanently, you should change the parameter vm.swappiness into the /etc/sysctl.conf file and reboot the system.

Step 1 – Deactivate Swap Space To deactivate swap space, you can use the swapoff command, as shown below:

Now you have learned how to create a swap space into the Ubuntu 21.04 machine. If it not configured or you want to create another swap space.

How to Install Nginx on Ubuntu 21.04 Server

Nginx is the most potent, open-source, and a high-performance Web server. It can work as a reverse proxy server also, nowadays, is used by most of the most significant websites on the internet. People pronounced “engine x” for Nginx; it is the hot choice for every...

How to Install VirtualBox on Ubuntu 21.04 Linux 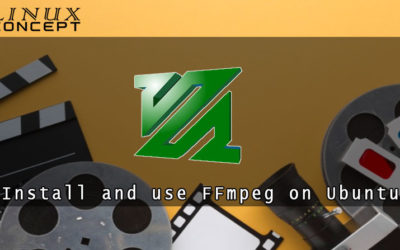 How to install and use FFmpeg on Ubuntu 21.04 Linux Operating System

How to Install Nginx on Ubuntu 21.04 Server

How to Install VirtualBox on Ubuntu 21.04 Linux

How to install and use FFmpeg on Ubuntu 21.04 Linux Operating System